feldfünf on the active ground floor:
Cross-funding for culture and neighbourhood

The cultural platform feldfünf is the main feature of the active ground floor in the METROPOLENHAUS at the Jewish Museum. The 1000 m² ground floor is community-oriented with small shops and gastronomy, while the non-commercial project spaces were cross-financed by the sale of the residential and office units on the 1st–6th floors. The METROPOLENHAUS offers social-cultural free spaces and points of engagement for the neighbourhood in Südliche Friedrichstadt. 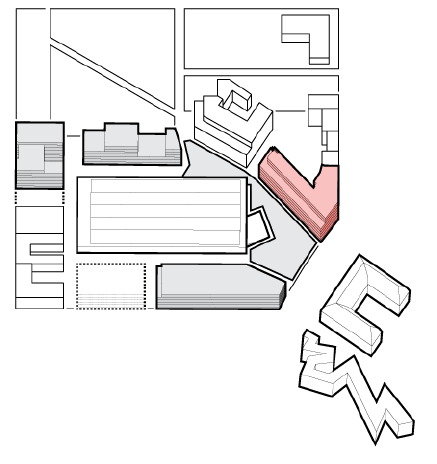 A first in Berlin:
The concept around the former wholesale flower market

The neighbourhood around the former wholesale flower market is centrally located between Kreuzberg and Mitte. In 2011, a conceptual competition was carried out for the area, in which it was not the highest price that was decisive, but rather the utilisation plan. The intention was to create an art and creative quarter next to the Jewish Museum Berlin with a mix of residential and commercial space. The developers and their planning offices, who were awarded plots II, IV and V, joined forces to form the project group Ex-Blumengroßmarkt (PxB) in order to continuously involve the neighbourhood and the city in the development process under the motto “Make City”. This extraordinary “moderation process” was awarded the Berlin Award 2021 and the German Urban Development Award 2020.

From interim use to cultural platform: Baufeld V becomes feldfünf

On the METROPOLENHAUS construction site, ideas and various formats were tried out in order to involve the neighbourhood before and during the construction phase from 2014 to 2017. The non-profit association Baufeld V e.V. was founded to promote openness and understanding for artistic activities, creativity, and cultural diversity and to enrich everyday intercultural coexistence in Südliche Friedrichstadt. In 2018, this gave rise to feldfünf e.V.: a free space for culture to strengthen the neighbourhood! 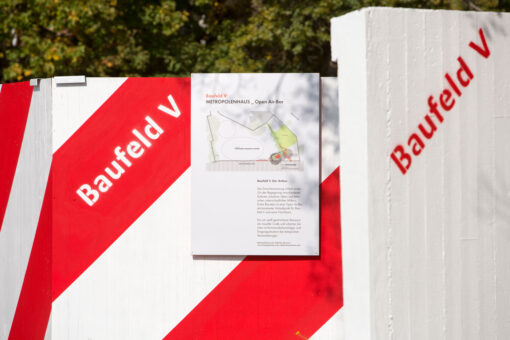 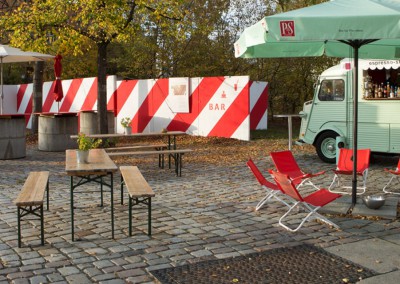 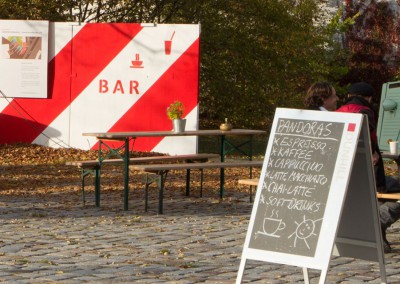 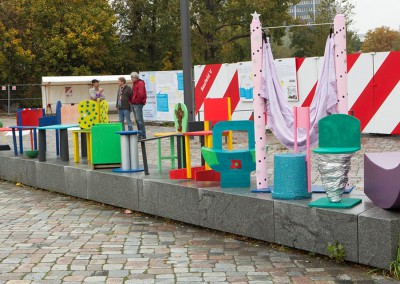 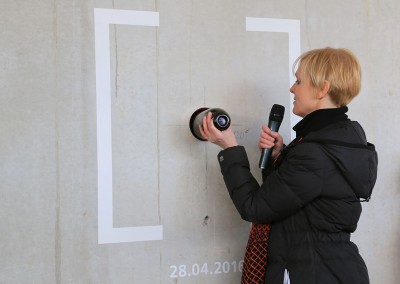 Making the city together:
What can the house give to the neighbourhood?

The METROPOLENHAUS shows how urban spaces can be made sustainable and liveable through the interplay of politics, urban planning, architecture, and the local environment. All parties involved have assumed accountability long-term: politics for innovative real estate; the architects and builders along with the cross- and co-financing models that made it possible for the ground floor areas to be used as public meeting places in the urban space and that have promoted cultural projects after the construction; the commercial tenants who have ensured local services; and the neighbourhood, the initiatives, and the institutions that have contributed with their ideas—they have all contributed to the fact that here at Fromet-und-Moses-Mendelssohn-Platz an exemplary neighbourhood is emerging for a more sustainable city.